About the Plutopia News Network 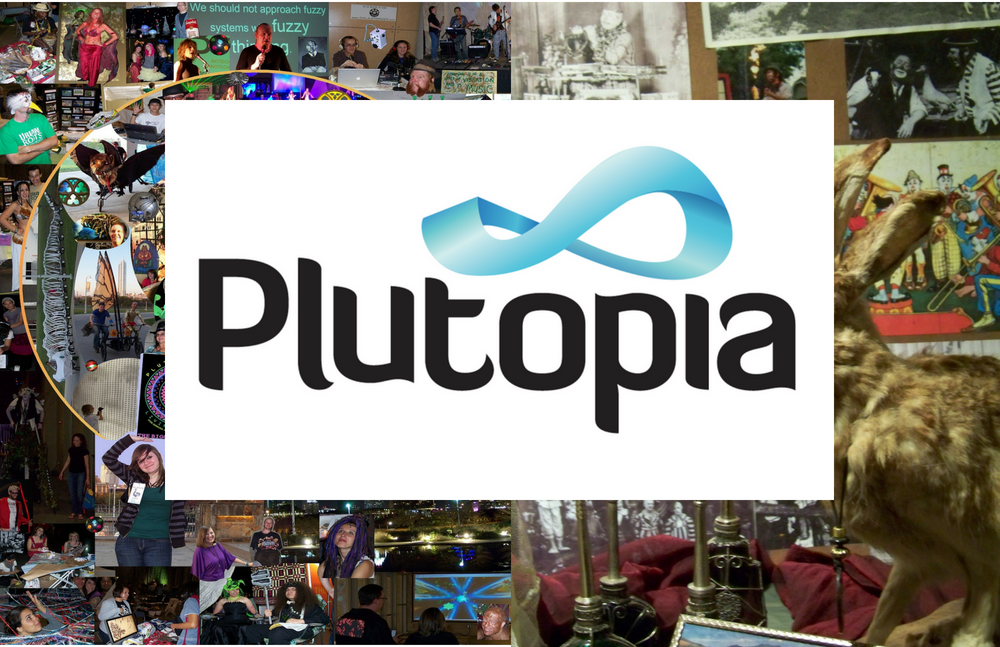 Plutopia News Network focuses on interesting people and their stories. Our ultimate goal? We’re making sense of the world, one story at a time!

Our original focus was on the bleeding edges of culture and technology, and we still go there. But we’ve expanded to interview all sorts of people. People with stories we find interesting. We’ve been talking to all sorts of people, and we’ve never been disappointed.

In addition, we have a weekly, fairly informal livestream on Thursdays, 7-8pm CT, currently accessible through our Facebook page. Our podcasts and weekly livestreams are all available through our YouTube channel.

We take a dim view of the current state of politics, and media channels that support the thrash. We want to discourage identification with parties and candidates, and see them for what they really are. To undermine the performative politics du jour and encourage people to pay attention to other things than the culture wars on cable news. To reject the 24/7 infotainment news cycles that the right has leveraged so well, while shining a light on all evidence of corruption and authoritarian intent.

“If you don’t like the news, go out and make some of your own.” ~ Wes “Scoop” Nisker

Scoop and Jon host a weekly radio show, called “Radio Free Plutopia,” on Scoops Internet radio station, “The Last Radio Show.” We’re on 2-4pm Wednesday afternoons at this link. If you listen outside those hours, you’ll still hear Scoop’s steady stream of great rock and roll! And you can listen to Radio Free Plutopia anytime via the show archive at Mixcloud.

We really don’t have a business model — we’re doing this for fun, not money. However we do have expenses, and we appreciate tips via Paypal.

“The word ‘plutopia’ came out … as we were thinking about pluralist utopias – bright green alternatives to apocalyptic and dystopian visions. We didn’t want just one idea; we realized there are an infinite number of possible futures and outcomes, and they might all be realized, depending who and where you are.” ~ Maggie Duval, Wired, 2009

In 2006, in conversation with Derek Woodgate and Alex Cavalli, Jon Lebkowsky came up with the idea of a future-focused think tank that produces events instead of white papers.  Jon and Derek came up with an idea for a prototype, produced by David Demaris: “The DIY Home of the Future,” an installation at Austin’s 2006 Maker Faire.

Debriefing about the prototype, a collective of volunteers (including Maggie Duval) who worked on the project discussed how it had gone and what might come next.  We wanted to explore the possibility of a world, envisioned in the prototype, where everyone’s home and living experience would be custom-configurable – everyone would have their ideal situation. Someone described this as “pluralist utopias,” and David Demaris suggested a name for the organization that was forming: Plutopia.

A loose collection of volunteers produced several Plutopia events during SXSW. At some point a company, Plutopia Productions, formed and, over its brief history, was responsible for these and other events. The Plutopia events were produced by Maggie Duval, Derek Woodgate, Jon Lebkowsky, and Bon Davis. The last major Plutopia event was during the SXSW Interactive Festival in 2011.  Meanwhile Scoop Sweeney had become part of the Plutopia volunteer crew, and with Jon Lebkowsky started the Plutopia News Network. Our first series of podcasts were all produced in 2011.

A few years later Jon and Scoop decided to revive the podcast, joined also by Maggie. We’re always looking for guests – let us know if you’re interested in being interviewed, or have someone to suggest.