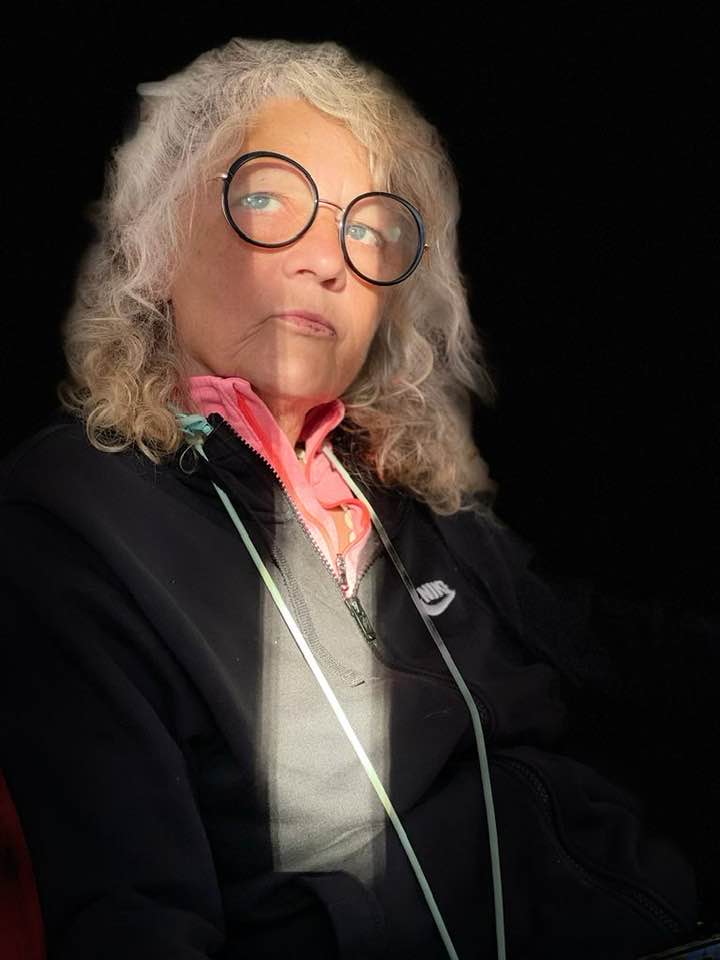 Jasmina Tešanović – “I thought it was a temporary state of mind, but the more that time goes by, especially now with the more the system is broken of information… and I really tried to read between the lines in the press, in different languages, and now I have the Spanish language and French – I know many languages, you know… but I am more and more an idiot. If somebody gave me power to govern something, I wouldn’t vote for myself.”

Jasmina Tešanović is a Serbian author, feminist, political activist (Women in Black, Code Pink), translator, and filmmaker. She has a column in the Italian newspaper La Stampa, together with her husband Bruce Sterling. She blogs at Boing Boing, Huffington Post, and her own blog, Vita Virtual Nuova. Also with Bruce, she co-founded “Casa Jasmina” in Torino, Italy. It was an example of “the connected home of the future.”

She is the author of “Diary of a Political Idiot,” a war diary written during the NATO bombing of Yugoslavia and widely distributed on the Internet. She has distributed essays, diaries, stories and films on blogs and other Internet media.

In 1978, together with Žarana Papić and Dunja Blažević, she organized the first Feminist Conference in Eastern Europe bringing Italian feminists (Dacia Maraini, Anne Marie Boetti, Letizia Paolozzi, etc.) into Yugoslavia. The international conference was condemned by the ruling Communist party as attempt to import western ideology into the country.

As a filmmaker, she made conceptual video performances at the student cultural center of Belgrade SKC (“Love is only a Matter of Words,” “An Unedited Being,” etc.) and shot short films together with Radoslav Vladić.

She worked as the assistant director and writer with Zivojin Pavlović in the movie “Zadah Tela” which won major prizes at the Pula Film Festival (Croatia) in 1983.

At the beginning of the Balkan Wars in 1990 she became a pacifist and an active opponent of Slobodan Milošević’s regime. In 1994, together with Slavica Stojanović, she founded the feminist publishing house “Feminist 94.”

Her first book of essays, “The Invisible Book,” became a manifesto for alternative Serbian feminist/pacifist culture. Since then she published several other fiction and essays books translated in several languages.

Very well presented. Every quote was awesome and thanks for sharing the content. Keep sharing and keep motivating others.