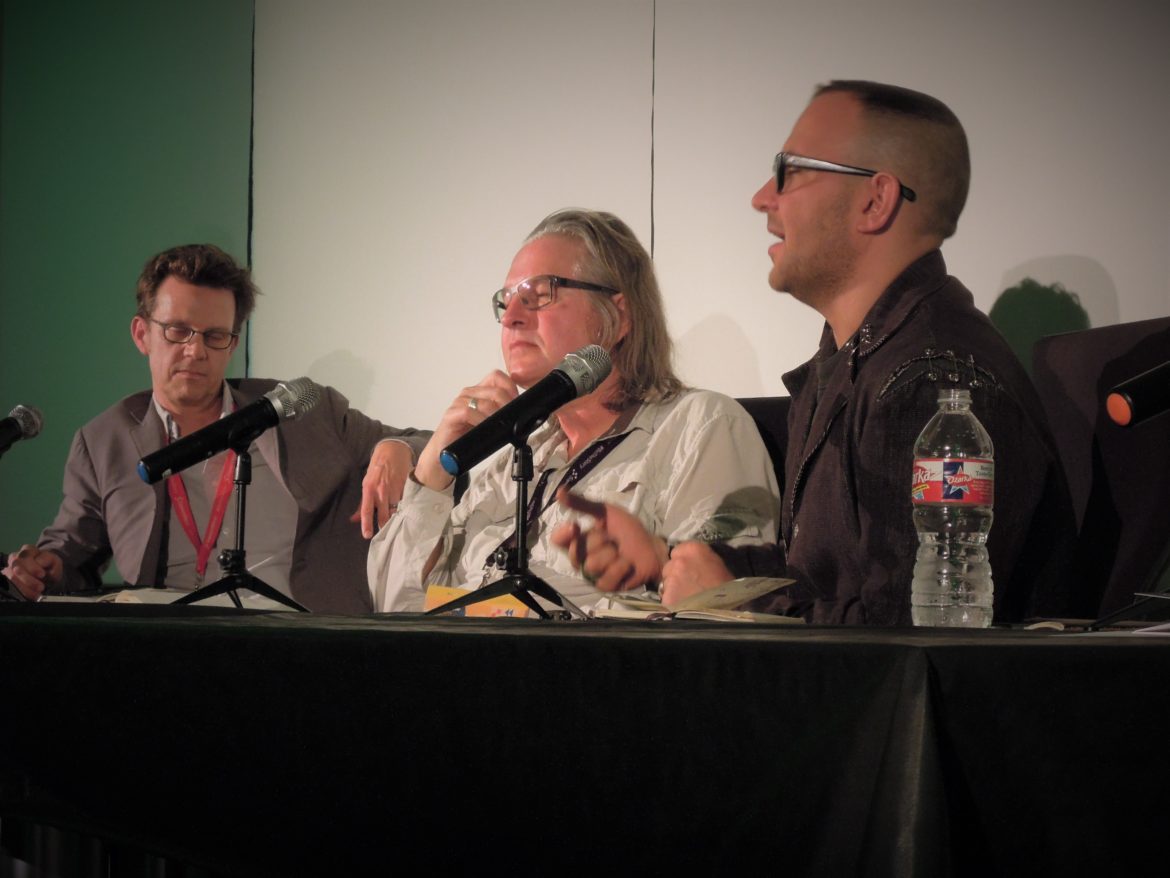 In 2014, Plutopian Maggie Duval produced a great EFF-Austin party and event called Cyberpunk 2014 Retrofest during SXSW. A highlight of the event was an ambitious panel about cyberpunk as a literary subgenre and, even more so, as the movement that followed. It featured science fiction authors Bruce Sterling, Cory Doctorow, and Christopher Brown, and editor Gareth Branwyn, who in the 1990s assembled the hypercard stack “Beyond Cyberpunk.” Plutopia’s Jon Lebkowsky was moderator. Bruce was an important author in the cyberpunk subgenre of science fiction. Cory and Chris came later, but like so many more recent sci-fi authors were both influenced by the “high tech low life” ethos of cyberpunk. Gareth was a consumer and critic of cyberpunk fiction. This panel threw a lot of sparks, and we’re happy to present this record of it.