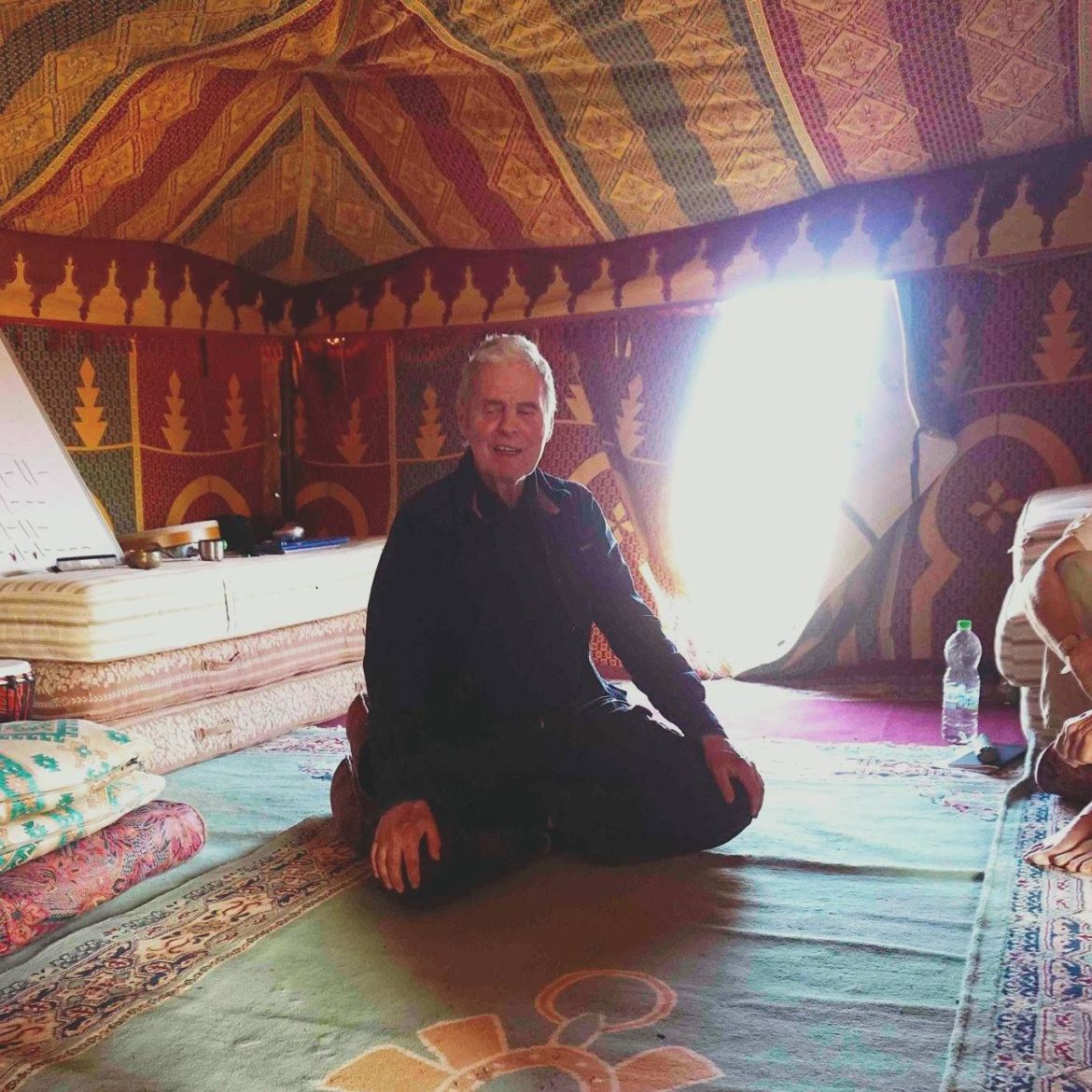 Joseph Rowe joins Scoop and Jon in a discussion of spiritual community, evolution, and awakening.

Joseph is a musician, composer, writer, storyteller. He is also an author and translator, and a meditator and teacher. He performs sacred music and conducts workshop with Catherine Braslavsky.

Before our session, Joseph wrote in an email “I have this notion that there are vastly unexplored skillful means to use online technologies to enhance our soul-connections, and thereby enhance synergistic possibilities of new kinds of spiritual community. I feel that there is an entire category of spiritually-oriented conversation that is missing in our public life.”

Joseph has studied philosophy of religion, transpersonal psychology, and classical guitar. He also studied classical Middle Eastern oud with Hamza El Din, a master whose unique marriage of voice and oud, and of Nubian and Arab influences, was one of the pioneers of what is now called “world music.”

During the 1980’s he worked as a radio producer for National Public Radio stations, and was among the first designers of programs combining classical, jazz, world, and new music, and interspersed with cultural and public affairs interviews.

He now lives in Paris, where he has turned more and more to music and theater, working as musician, writer, composer, and actor. Besides his extensive work with Catherine Braslavsky, he has collaborated with Marc Zammit at the Théâtre Molière in Paris, and with Alain Kremski and Michael Lonsdale at the Cluny Museum (Paris Festival of Sacred Art). He has composed music for a number of theater pieces by authors such as Samuel Beckett, T.S. Eliot, Jean Giono, and Roland Dubillard. He has also composed and recorded music for French television and documentary films. A writer and storyteller, he writes texts for theatrical performance pieces with music. He has published a number of short stories, poetry, book reviews, and magazine articles.