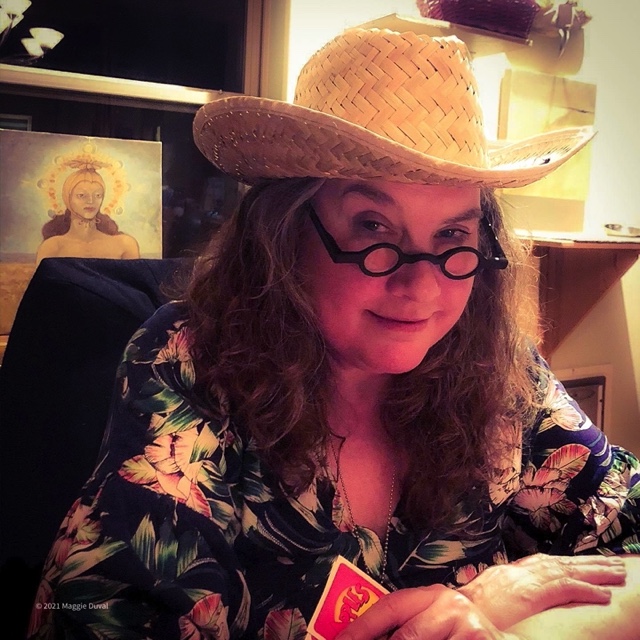 Maggie Duval: “I’m writing a lot about sense of place – like everywhere I’ve lived, and I’ve been transient all my life, because of my Dad, his work, but also my own moving around. But I’ve lived everywhere from a town of thirty to Austin, which is like a bazillion now, or whatever. And then the Bay Area, too, and everywhere in between. But everywhere I’ve lived, I’ve made it a point to learn everything I possibly could about the geology – like, what made this place? And then, who’s lived here? You know, from indigenous to pioneers or whatever…”

Our foreign correspondent Maggie Duval returns to the Plutopia podcast, updating us on her move from Austin to Taos, New Mexico. We discuss the differences in those two cities, also Covid, the invasion of New Mexico by Texas developers, and much more.

Maggie Duval has spent 30 years at the intersection of arts and technology within the industry as a manager, as a web developer, and as an experience designer. She was a witness to the birth of the Web as we know it today and was involved in the early days of the Burning Man festival as a media manager. Maggie is also a board member for EFF-Austin, the Austin chapter of the nationwide independent non-profit civil liberties organization. A year ago, she moved from Austin, Texas to Taos, New Mexico.

Enchantment and Exploitation: The Life and Hard Times of a New Mexico Mountain Range by William deBuys

And this one:
Appetite for America: How Visionary Businessman Fred Harvey Built a Railroad Hospitality Empire That Civilized the Wild West, by Stephen Fried