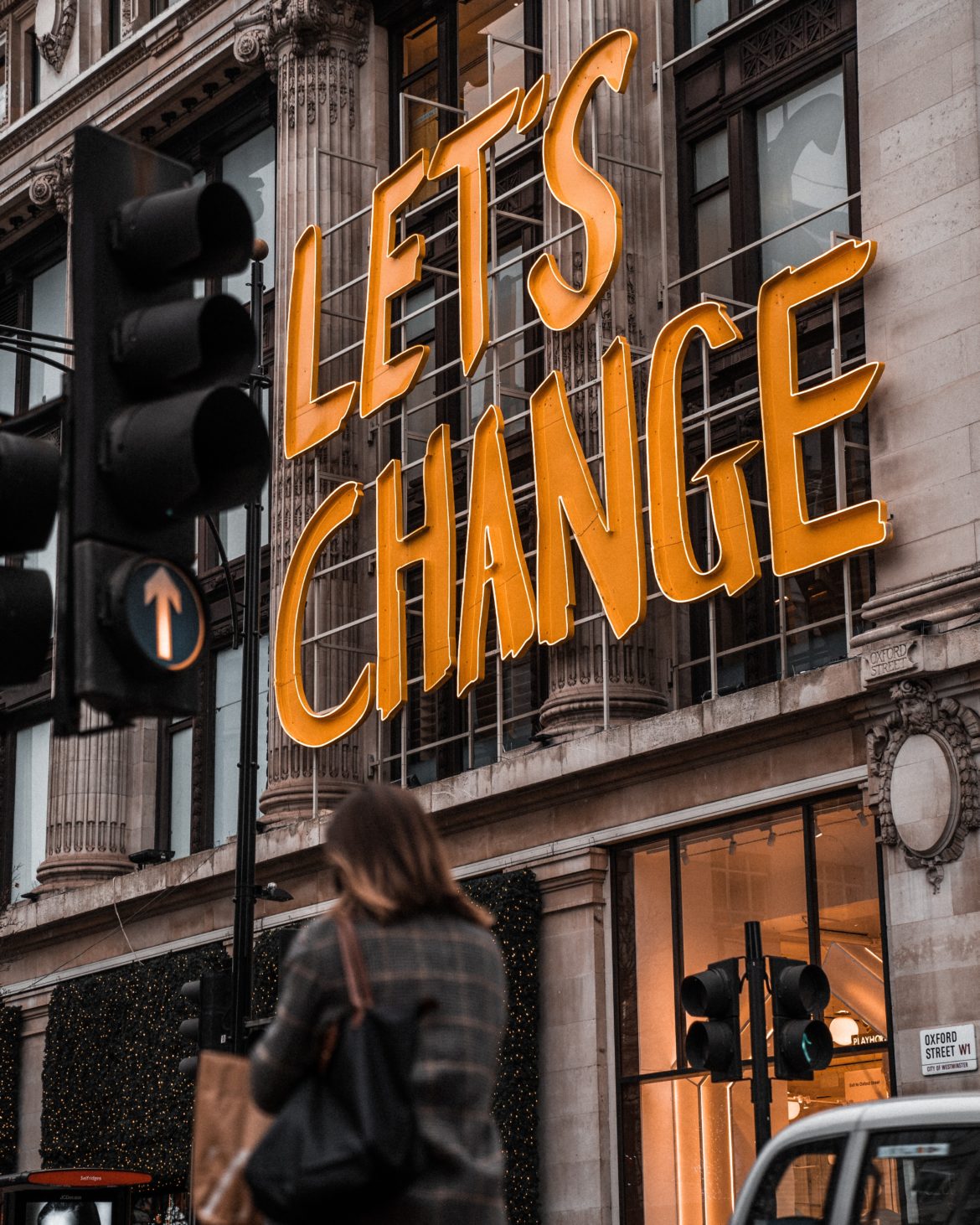 In lieu of “Plutopian Week,” I’m publishing this “top ten” list of things that were happening in 2021 that I created for the two-week State of the World discussion for 2022, which you can view on The WELL. It started on January 4 and ends January 17, 2022. – Jon Lebkowsky, Plutopian Operative

1. Joe Biden became President of the USA despite an attempted coup.

By election day 2020, the US was already considered a “backsliding democracy,” according to a 2017 report by the European think tank International IDEA.

“In our analysis of the United States (one of seven backsliding countries in 2020: Brazil, Hungary, India, the Philippines, Poland, and Slovenia), we show that while the country performs very well across many indicators of democracy, there are significant and serious declines in these vital parts of the democratic system, and there is reason to be worried about the trajectory of the country. By analogy, it’s a bit like someone who appears to be very physically fit, but has very high cholesterol. An individual is healthy in many ways, but s(he) is at high risk of a serious medical incident.

“One of the most notable trends in the United States in the last five years has been a decline in what we call Effective Parliament. The inability of the US Congress to check the executive or investigate the actions of former-President Trump – even after the change in the majority party after the 2018 midterms – is reflected in a sharp decline in this indicator in 2017 and following. At the same time, police brutality in response to protests (particularly those organized by the Black Lives Matter movement) led to a rapid decline in the Freedom of Association and Assembly.”

Since 2017, things only got worse for democracy in the USA. Then Biden was elected – and his opponent tried his best to undo the election and install himself as President. And part of that attempted undoing was a violent insurrection. No need to belabor the point – if you’re reading this, you already know the story. Democracy in the USA at that point was gasping for air, and breathing only a CO2/methane mix from GOP emissions.

2. It’s not just the USA – globally, democracies have started to bite the proverbial dust. India changed from “free” to “partly free,” based on a report from Freedom House. Bolsonaro attacked the legitimacy of his country’s elections, prompting talk that “democracy is dying in Brazil.” Democracies in Myanmar, Chad, Mali, Guinea, and Sudan all were ousted in coups. Alexei Navalny was imprisoned in Russia. The USA hosted a Democracy summit, but it hasn’t seemed to have much effect. A global trend. The USA tried to respond with a “Summit for Democracy” – but maybe a summit isn’t what’s needed. Maybe we need a war room.

3. In Afghanistan, the Taliban returned to power as the US removed its troops. The US withdrawal was messy and disturbing, worse than expected because the Afghanistan government collapsed more quickly than expected, and many of the US-trained Afghan troops quickly defected. Generals testified that they had recommended leaving 2,500 troops in the country, and General Mark Milley described Biden’s withdrawal plan as a “strategic failure.”

4. Climate change: “A code red for humanity.” That’s how UN Secretary General António Guterres’ described the UN report released in August that concluded that humanity is pretty much screwed if we don’t find a way to constrain emission of heat-trapping gases, which continue increasing in the atmosphere.

Meanwhile climate instability manifests everywhere. Here in Texas, we had an anomalous freeze that nearly took down the power grid and water systems. A weakening polar vortex blasted vicious cold into an unprepared Texas, collapsing the state’s power grid, which for economic and political reasons stands alone, not connected to the two major US grids. We were without electricity for hours, without water for days – though the sky opened briefly and a light shone on a local liquor store that was helpfully open, so we made like St. Bernards, carting booze to our chilly family.

5. The Covid pandemic continues; Covid mutations continue spreading and surging. Ready for the plague to end, people are dropping their masks and getting back to business as usual – while a new mutation brings another surge of infections. Evil politicians meanwhile politicized public health, mounting unprecedented, aggressive, sometimes even violent challenges to standard public health practices like masking and vaccination. Anti-vaxxers seized the day, campaigning to demonize the very concept of vaccination, which has saved so many lives over the last century. It’s like the average global IQ dropped a few dozen points. On the other hand, a lot of people have been vaccinated, and the virus seems to be adopting a new, milder attitude. Perhaps the next mutation will be an STD, and people will take it much more seriously…

6. Various global immigration crises, with Haiti driving the surge. Migration from troubled third world countries to wealthier first world countries is not new, but the number of immigrants continues to grow – lately a large number of Haitian immigrants in particular have been trying to cross border, driven by political instability and natural disasters, including a cat 4 hurricane in 2020 and magnitude 7.2 earthquake in August 2021. Quite a few immigrants have been stacking up at the US border. Biden has been accused variously of opening borders (which is incorrect) vs. being too strict and sustaining Trump border policies (closer to the truth). How to resolve? We can always build more walls and fences – at least the immigrants will be fit from the exercise.

7. Intellectual Dark Web or Liminal Web. The latter phrase was coined by Joe Lightfoot, the former coined by Eric Weinstein, and more widely used. It’s a pretty diverse group – not necessarily in agreement about everything. Initially opposed to what some call “cancel culture,” they seem to have other concerns with progressives … but they’re not typical right to far-right ideologues. Some talk about “sensemaking.” Some talk about blue or red tribes or churches. They talk about culture war. They tend to be have origins in white middle class America. Because there’s diversity of belief and focus within this space, I hate to try to talk about it. It seems like anything I say would be wrong from some perspective. That’s a postmodern dilemma, right there.

8. Idiots on parade: the aggressively stupid are amplified by both social and traditional media. Rejections of public health wisdom, science, various forms of expertise. Core argument: “You can’t make me think. You can’t make me do the right thing.” It feels like a prolonged adolescent tantrum, “you’re not the boss of me.” Media amplification creates a weird sense of validity. Those of us who argued that the Internet would make people smarter, and lead to better choices, are pretty embarrassed right now.

9. Blockchains and NFTs – Not my territory, Mattereum CEO Vinay Gupta, participating in the State of the World convo, is the expert here. I feel skeptical, but The Guardian is bullish about blockchain-related movements”:

“The reality is that there was just one story about small businesses in 2021 that’s really going to have a long-term impact. It has received much less attention and yet it will be transformational. The small business story this year is about blockchain. Because in 2021, blockchain emerged as the next big thing for entrepreneurs. It’s real and it’s happening. And smart entrepreneurs know this.”

10. Privatization of space travel. “Earth is disposable, we can move to outer space!” Maybe we’ll go to Mars (where NASA made oxygen in 2021.) This feels like a big deal, but it’s hard to see exactly where it’s going. We’ve seen some PR-driven flights into near space, like William Shatner’s. We’re hearing that there will be more visits to the moon, and perhaps development of other parts of the solar system – the “The Expanse,” with Mars colonized and the asteroid belts mined for various minerals, forms of wealth. But we’re still not sure how well people can survive in space, how long and how far. Those of us who’ve been reading science fiction for decades are only surprised that we weren’t privatizing space sooner, that it took so long to get where we are.

That’s a good profile of 2021, though there’s a shitload of stuff that didn’t make the list. And the question we’re considering for the next two weeks [in the State of the World conversation] is where are we now, what’s the state of the world, and what can we expect in 2022?

Photo by Brad Starkey on Unsplash