R.U. Sirius: 20 Minutes into the Future 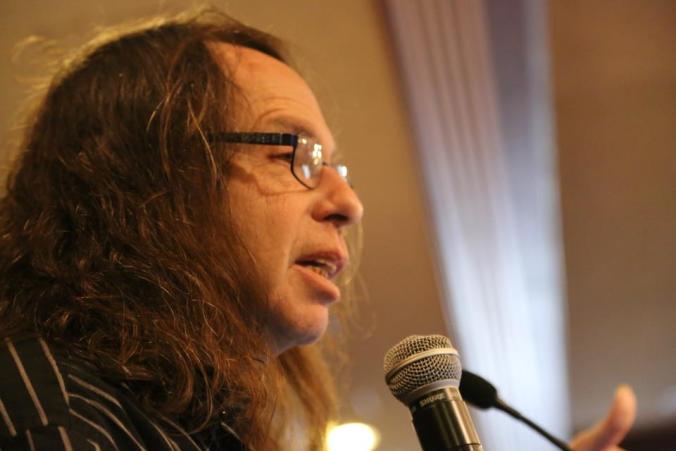 RU Sirius (aka Ken Goffman), as instigator of Reality Hackers and cofounder and executive editor of Mondo 2000, was a seminal figure in the emerging technoculture of the computer-mediated 1990s. In the years since the last issue of Mondo 2000, he’s written several books, hosted online talk shows, launched the webzine 10 Zen Monkeys and edited H+ Magazine on the web… and in 2000, he ran for President of the United States (he lost). He’s currently working on a multimedia history of Mondo 2000. He joined Jon L. and Scoop for this interview, conducted in the Plutopia News Network virtual studio.

Doug Rushkoff: Program or Be Programmed