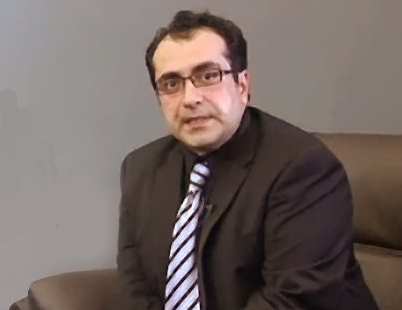 Just in time for Halloween – scary stories from the world of big tech!! Thanks to our friends at EFF-Austin, we present a session with author and tech veteran Vahid Razavi. He shares some of his personal experiences – many of them bad – from his time working for some well-known tech giants. He also shares the most important question to ask a hiring manager before accepting a job offer!

Vahid Razavi: “For a small business such as mine, even though we had a registered trademark, we got tangled up by Computer Science Corporation. CSC was just a notoriously horrible company to get tangled in, in any way. They were known as the rotten company in the UK, they failed a number of projects in North Carolina, they were responsible for these rendition flights of torture, which were basically CIA planes that were being used and supplied by CSC to take people from the various salt pits and torture sites in Europe. I don’t know why a tech company would be in that business, but that’s what they chose, and that’s what they did.”

From EFF-Austin’s event: “Our speaker this month is Vahid Razavi. A technology veteran of Silicon Valley, Vahid has advised and worked in senior management roles at Amazon Web Services, Fast Search, Exodus Communications, Qwest Communications, and was the founder of the Cloud Computing Company BizCloud. He has published two books, The Age of Nepotism and Ethics In Tech and Lack Thereof. As a lifelong activist and humanitarian he has published hundreds of articles and videos on various social issues including tech industry and social injustice.

“As the Founder and Managing Director of Ethics in Technology, Vahid will be sharing lessons he learned from 20 years of working in Silicon Valley. He will be sharing what is the most important question you should ask every hiring manager before accepting an offer of employment! Other topics of discussion will include what it’s like to work for Big Tech at companies such as Amazon Web Services, as well as the revolving door of Big Tech and the Defense Industry, along with highlights from his book Ethics in Technology and Lack Thereof.”