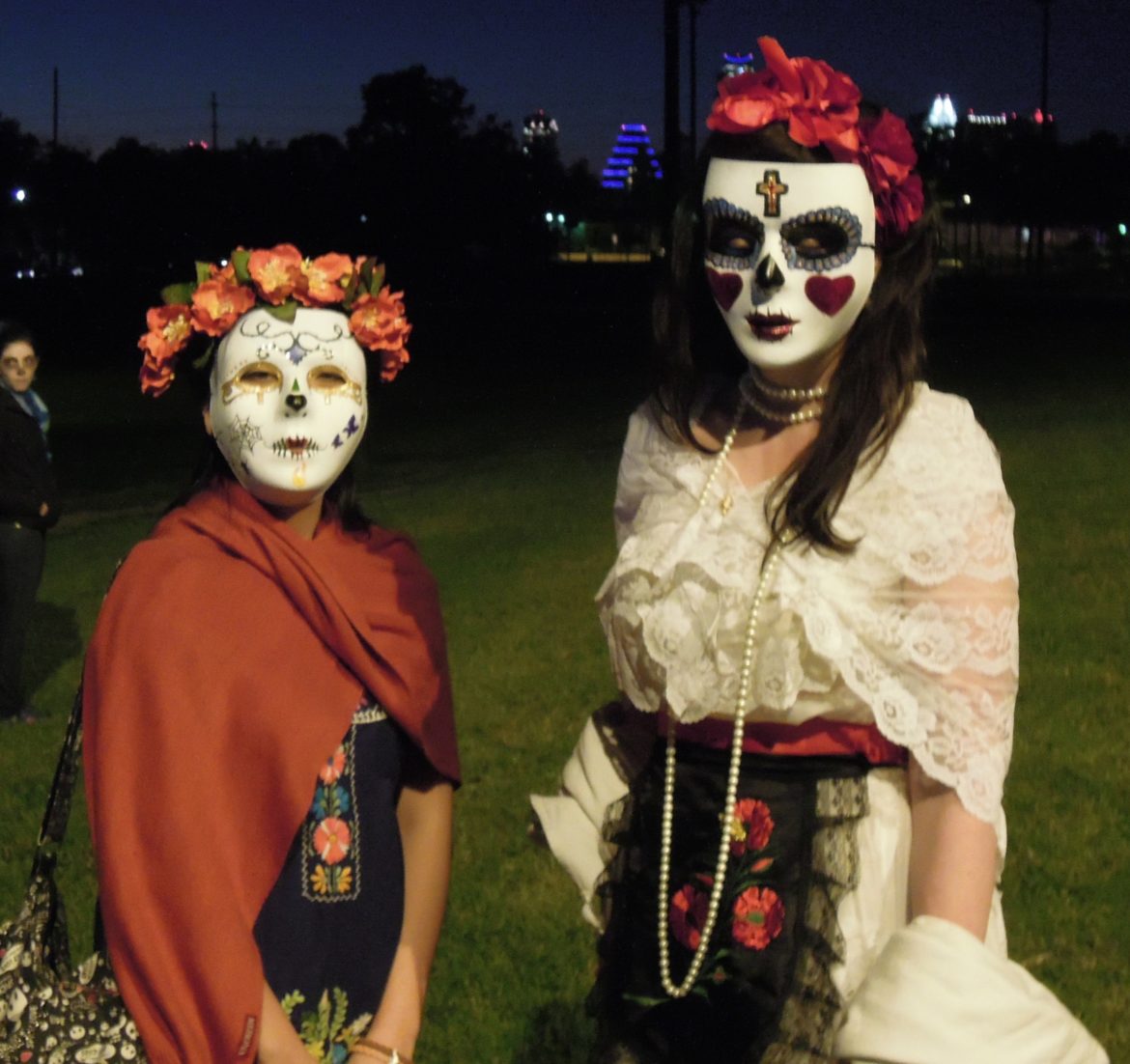 Halloween is a most Plutopian celebration.

Our use of the word Plutopia is a portmanteau, a merging of two words, “pluralist” and “utopia.” Pluralism is about “the peaceful coexistence of different interests, convictions, and lifestyles.”
Utopia is about ” an imaginary community or society that possesses highly desirable or nearly perfect qualities for its citizens.”

When you put those together, you have the concept of the coexistence of diverse people pursuing their own versions of perfection. We came up with the word in a debriefing following a Maker Faire Austin 2007 installation about the “DIY House of the Future.” That installation was about the potential for future living spaces to be highly configurable. Any occupant of a dwelling can make an environment that aligns perfectly with their interests, ideas, personal aesthetics. A utopian vision, to be sure, but we figured “utopian” is not synonymous with “impossible.”

We went on to form the Plutopia Productions, creating a series of events concurrent with SXSW, from 2008 through 2011. Those events ended a decade ago, but we still have the Plutopia News Network, a micro-media organization where we spend most of our time talking to interesting people about ideas, practices, visions.

This brings us to Halloween. This annual celebration was probably influenced by pagan festivals like the Gaelic Samhain, a festival of souls. As it’s evolved, Halloween has become an occasion for assuming an identity (wearing a costume) and wandering from house to house seeking treats (or playing tricks).

It’s also celebration of the supernatural, the soul-beyond-death, confrontation with fundamental fears and transcendent aspirations.

The costumes we wear at Halloween are endlessly diverse, and always to some extent a representation of our individuality – even mass-produced costumes are individually selected, and often customized. It’s a celebration that allows us to manifest aspects of our diverse selves while retaining coherent identity, a person inside a costume like a flexible but consistent “self” within a body. Exploring the flexibility and malleability of self, we can see that it is the Buddhist sense of “empty” or impermanent, without losing the executive anchor that tethers us to vernacular reality. This is Plutopian DIY identity cosplay – experimenting with manifestations of variable essence. Also experimenting with concepts of impermanence, death, decay, transfiguration. The dance of birth and death. The endless cycle within the persistent mystery.