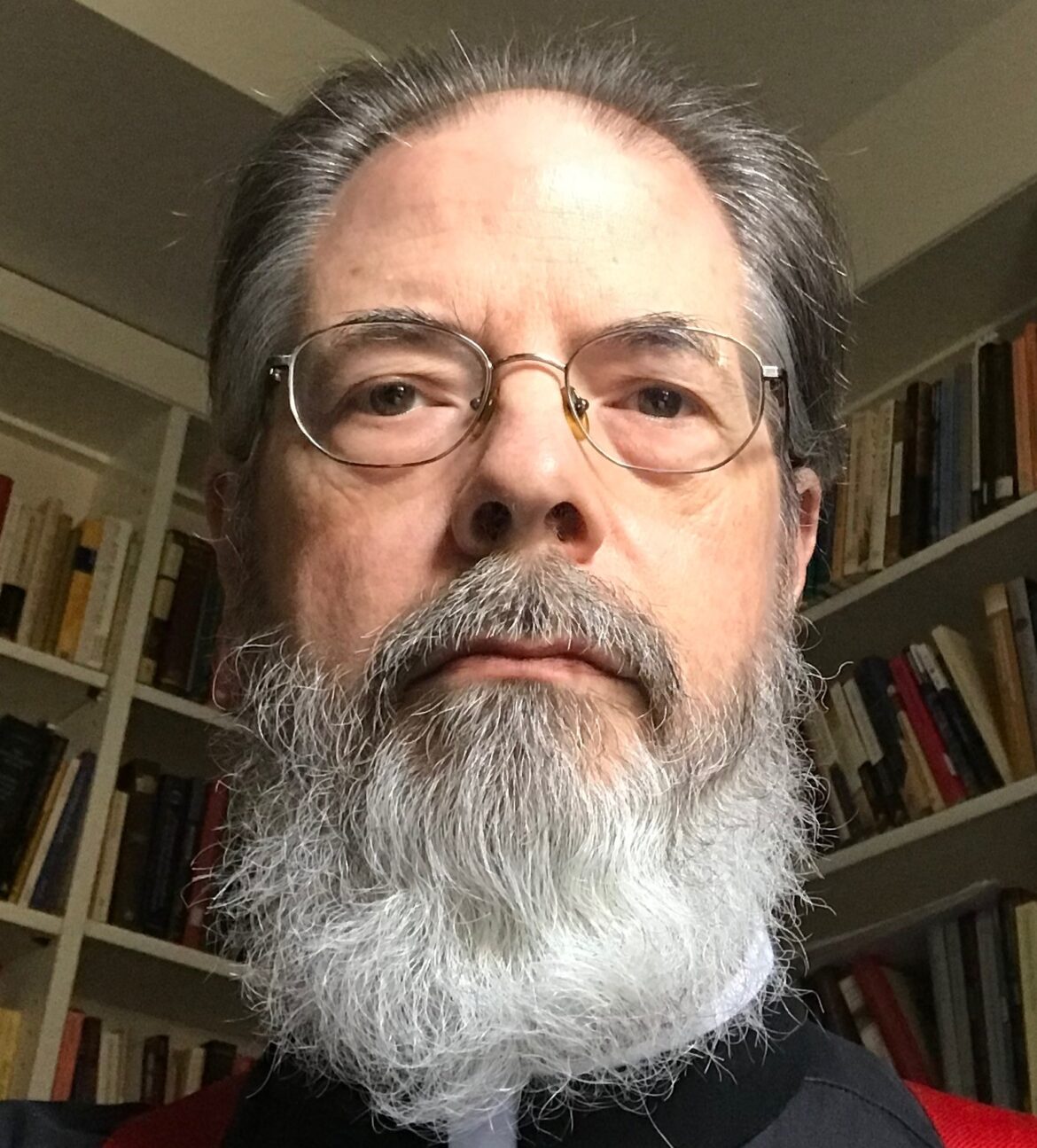 In this episode of the Plutopia podcast, AKMA Adam discusses his path to the priesthood, faith, interpretation and belief, doctrine, rock and roll, and postmodern thought.

My work is interpreting the Bible and not teaching doctrine, and when I say this – my wife was a theologian – I’m envisioning her saying, “No, that’s not the way it is.” So I’m trying to be careful. But the way doctrine functions most effectively and helpfully in the Church of England is when it’s shaping the way we live. It’s a reflection and expression of the kind of people we are and the kinds of things that we do and believe in.

AKMA is an ordained priest, currently a Tutor in New Testament at the University of Oxford; he’s also a blogger, technology-observer, and author especially about hermeneutics, the theory of interpretation. He tutors St. Stephen’s House’s ordinands, and Oriel’s undergraduates, in New Testament and Greek — after stints teaching in the US at Eckerd College, Princeton Theological Seminary, Seabury-Western Seminary, and Duke University. He and his wife Margaret taught in Scotland at the University of Glasgow before coming south to Oxford. He read Philosophy as an undergraduate at Bowdoin College, then trained for ordained ministry at Yale Divinity School, and wrote his doctoral thesis on New Testament theology at Duke University.

He has written various books and articles about the Gospel of Matthew and the Epistle of James, but especially about hermeneutics — the theory of interpretation, and how we identify better and worse interpretations. He draws on fields as diverse as surrealism, comics theory, midrash, information design, psychology, rock’n’roll, and postmodern critical theory to explain how people arrive at their interpretive conclusions.

He’s also given keynotes at the Society for Scholarly Publishing and Catholic Biblical Association; invited talks at the early Digital Identity World conferences and at David Isenberg’s Freedom to Connect conferences, as well as numerous academic talks.

AKMA says “For a variety of no doubt complicated reasons (including, and this is a bit of a coming-out observation for me, my [late diagnosis] autism) I tend to encounter and consider problems a few degrees off the conventional ways of approaching them. Not so far as to make the conventional approach unintelligible to me, but far enough that my analyses usually strike regular participants in the discourses as odd or insufficiently in touch with what everyone knows or does. As a result, I have been a liminal academic, priest, technology-observer, philosopher, what-you-will. I have had few ardent supporters, but many intrigued acquaintances: ‘cult classic, not bestseller’ as Mike Skinner says.”