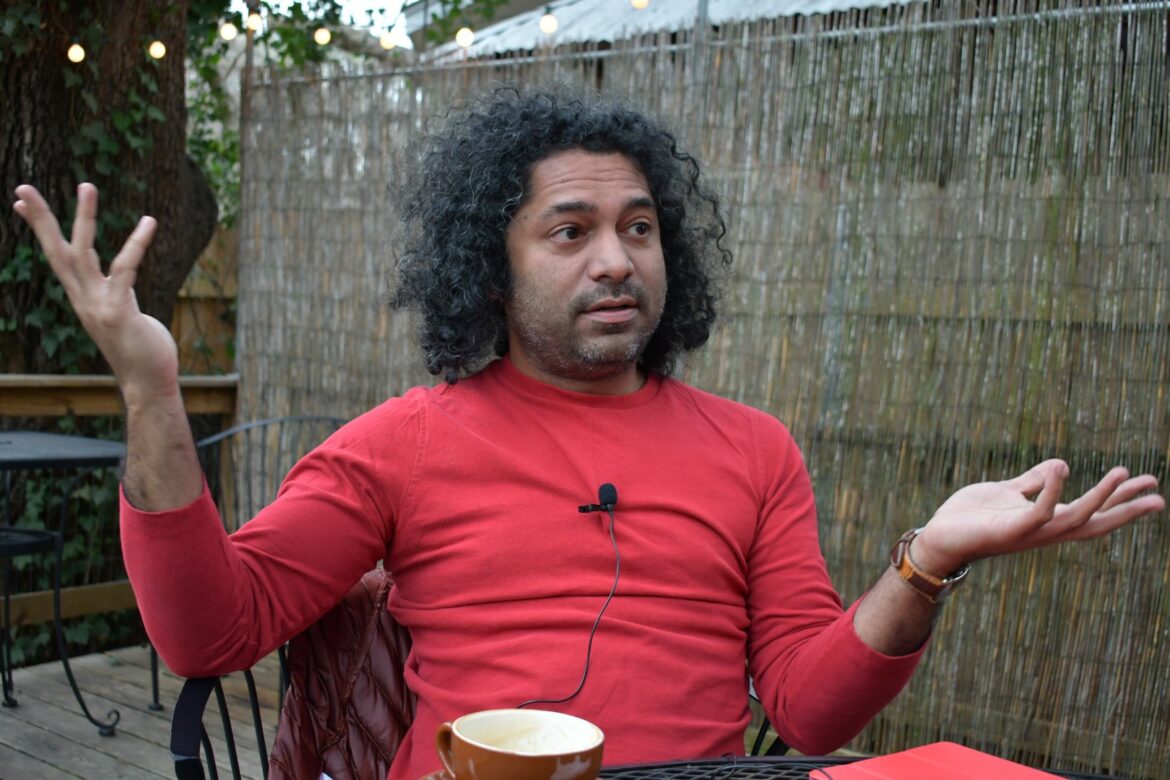 Plutopians join Bijoy Goswami to talk about bootstrapping your business vs. venture capital funding, the human journey and the American journey, the great replacement theory, capitalism and greed, socialism, and religion as a product.

Bijoy Goswami: “The mindset is very different when you’re building to sell, when your product is essentially the company, you’ve already – that’s what they call the exit, you know, you give the five or twenty minute spiel to the venture capitalists, and then it’s all about “How are we going to exit this.” And so your whole notion is, you’re not really treating the business as a being on its own journey. You’re treating it as an asset that’s being bought and sold. That mindset brings a narrow focus which can be very liberating in some ways, because you’re just all here to go get the same thing done. But it takes the humanity out of it many times, and you end up with really horrible types of situations, like a WeWork, or an Uber – they’re just bulldozing over people, they’re megalomaniacs… that’s sort of where that model goes to die.”

Raised in India, Taiwan, and Hong Kong, Bijoy moved to the US in 1991 to attend Stanford, where he studied economics, history and computer science. He was an Oxford scholar and completed an Honors program in Science, Technology & Society. In 1995, he joined Trilogy Software in Austin, TX, where he worked for five years in business development, sales, consulting, and product management. In 2000 he cofounded Aviri with Bruce Krysiak. This led to the MRE Model and The Human Fabric (2004), coauthored with Dave Wolpert.

In 2003 Bijoy started Bootstrap Austin, a community for entrepreneurs pursuing the bootstrap path of entrepreneurship. Over the next 7 years, the community became a learning lab for bootstrapping, resulting in the Bootstrap Method. It also resulted in a model to understand community and how it differs from other human organizations, such as companies. Collaborating with Heather McKissick, the question: what makes Austin, Austin? led to the ATX Equation Model.

The final(?!) 2 models – JOurneY Method and Human Fugue – arrived in tandem. The Human Fugue describes 4 houses of human endeavor – phenomena, rights, resources & meaning – and their attendant methods. The first 3 methods – scientific, democratic and entrepreneurial – were developed over the last 400 years. The JOurneY Method fills the method gap in the 4th House of Meaning, illuminating a process for personal and organizational meaning generation. Bijoy collaborated with Danny Gutknecht on Meaning at Work, which describes Essence Mining, Danny’s method for articulating a being’s meaning. The Human Fugue neatly encapsulates all the previously developed models & methods, bringing the journey full circle.

Bijoy evangelizes and teaches the models to individuals, organizations and beyond.