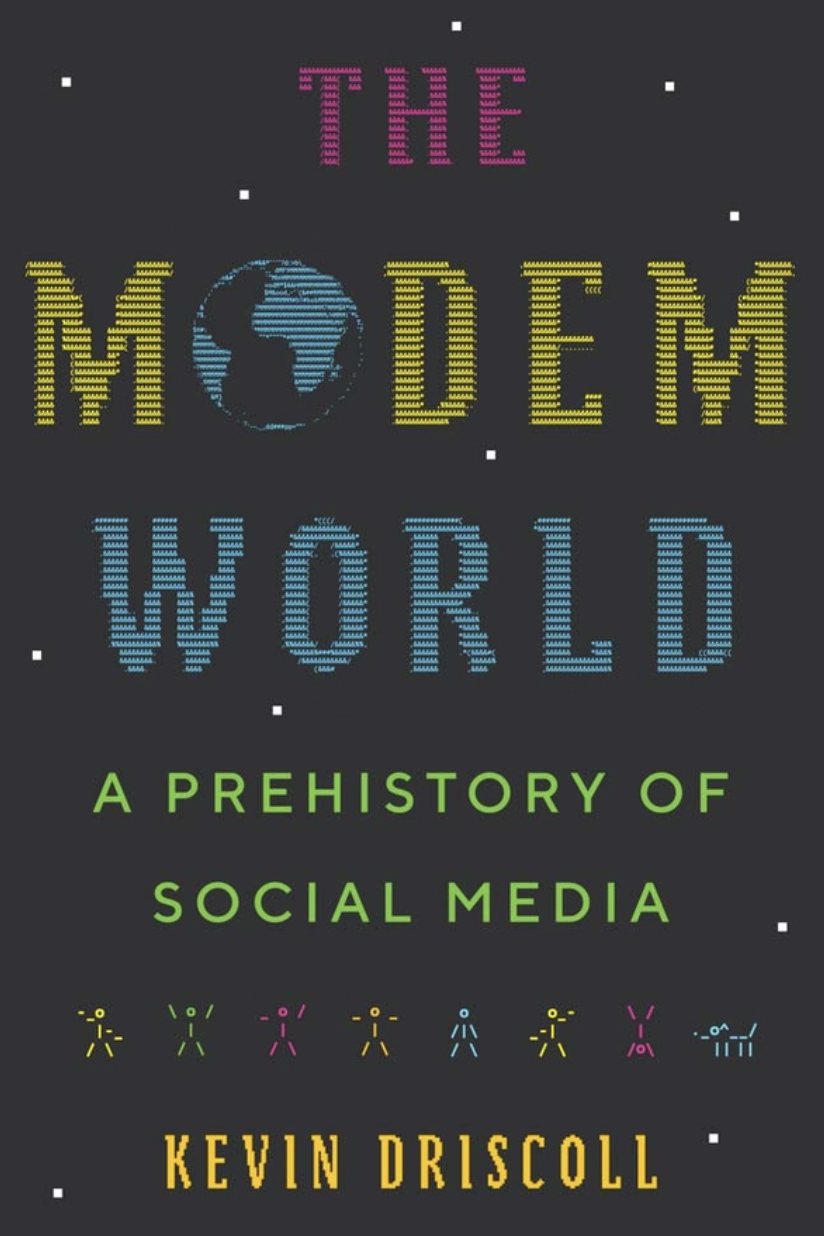 Media Studies professor and “The Modem World” author Kevin Driscoll joins Jon and Scoop in taking a nostalgic and informative look back at the early days of online and Internet communication. Kevin explains the impact of early bulletin board systems, newsgroups, online services, and the coming of the web.

This conversation is a followup to our February conversation https://plutopia.io/kevin-driscoll-the-modem-world/ about Kevin’s work and his book, “The Modem World: A Prehistory of Social Media,” which has since been released by Yale University Press.

Kevin is also participating in a two week asynchronous conversation about “Modem World” and related subjects on the online community, The WELL, which was originally an online BBS that connected early on to the Internet.

You have these two pretty parallel stories, and some people that I talk to from the BBS side would say “Yeah, we knew about ARPANet, this isn’t a secret, but it’s not accessible to the everyday folks unless you’ve had a connection.” And so some people would have these kind of informal relationships, it’s like “Basically, I know a guy who gets me an account at the university,” or something like that, or you had an account at a job, or something, and you’re able to access it or carry it on. So there’s a lot of informal kinds of connections between them. The real moment of convergence is generally around the early to mid 1990s, which coincides, of course, with privatization of NSFNet and big components of what we would think of as the Internet. That’s a really good reason why we use the word Internet to talk about this big mess of communications systems.

Kevin Driscoll is an Assistant Professor in the Department of Media Studies at the University of Virginia. His research explores popular culture, political communication, and networked personal computing. Some of his recent work explores everyday and emerging uses of social media such as live-tweeting, joking about politics, and spreading rumors. In 2017, he published a technical and cultural history of the French Minitel with Julien Mailland from Indiana University titled Minitel: Welcome to the Internet. His latest book, “The Modem World,” traces the pre-history of social media through the dial-up bulletin board systems (BBSs) of the 1980s and 1990s.