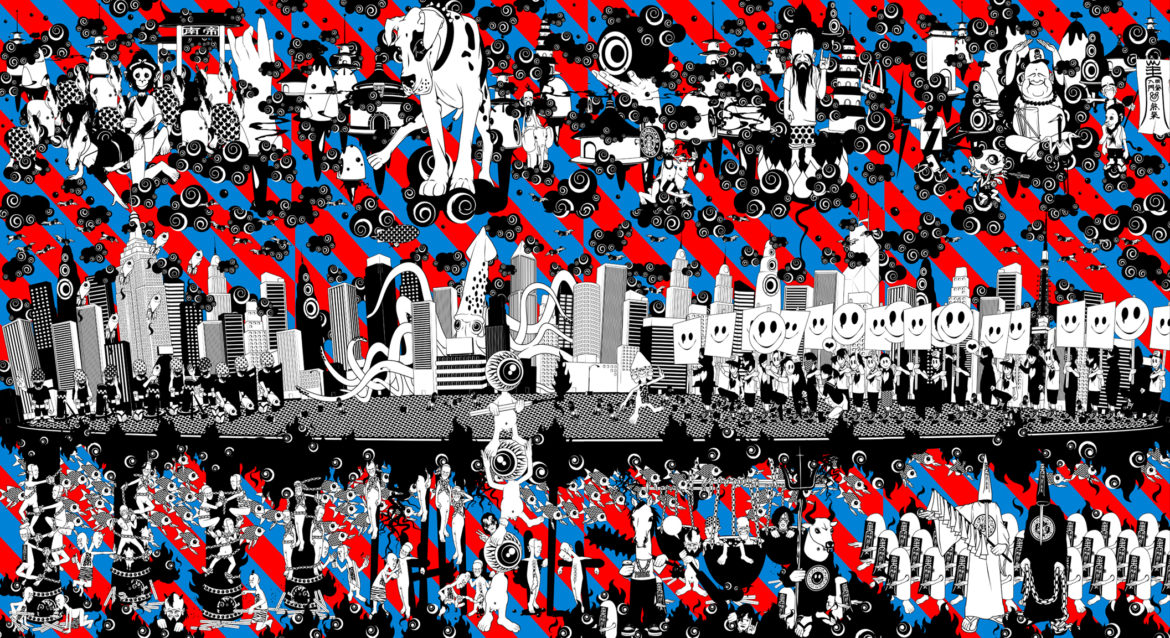 Something I wrote in 1996. I just rediscovered it in an old folder. I’ve thought a lot about democracy and governance over the years; this is what I was thinking then, 24 years ago, around the time we were working to defeat the Communications Decency Act in favor of free speech. ~ Jon Lebkowsky

In America, the political inclination, however idealistic, has always been toward the democratic. Forget for a minute the “not a democracy but a republic” semantic argument and focus on the aspiration, and the commonly held set of memes that are so well embedded in the national psyche: whatever national political thrash we happen to be into is evaluated against the democratic ideal, the concept of government by those governed.

Even a tendency toward democratic rule presents problems for governance that are not well understood, especially when you consider that an essential of our democratic mission is, beyond ‘rule by the majority,’ a guaranteed protection of the rights of minorities. The American vision of government evolved in opposition to tyranny, which we associate with monoculture, fascism, rule by some central governing body which dictates standards by which all must abide. Easy governing, that. Tyranny opposes the diversity and complexity that result when individual freedoms are encouraged, nurtured, and supported by rule of law.

The more democratic, the more supportive of individual rights and freedoms, we become, the more complex our society becomes, and this complexity is highly chaotic, filled with strange attractors. Governance ranges from improbable to impossible in this context.

When you own some part of the process of government, as a legislator or officer of the government, or as a worker within the mature convoluted bureaucracy of implementation, you begin looking for ways to simplify. And when you’re a citizen looking for a secure environment in which to build families and pursue the relatively high style of life to which Americans become accustomed, you begin looking for ways to reduce the complexity that’s making your world less predictable, more insecure.

We’re at a crisis point where we have to define the cost of freedom, acknowledge and accept it, or feel its erosion as restrictions are imposed that will suppress individual expression and lifestyle diversity in favor of a less troubling, more coherent monoculture dictated by conservative forces within the body politic.

Freedom includes the freedom to create messy diversity, fuck up, choose the wrong color, pursue the hypersexual course, or whatever… a free world is out of control. Out of control, and wonderful…

Eliza Evans: All the Way to Hell

Jeanne Mozier: “The World Had to Change”