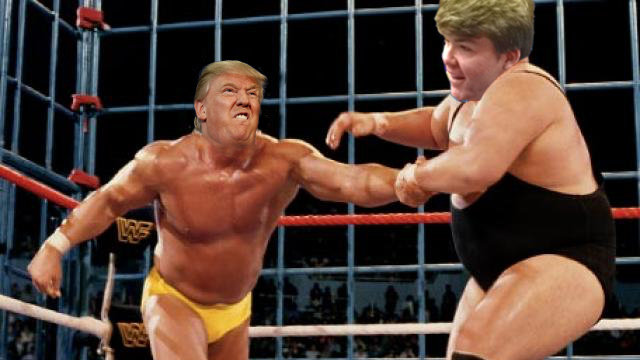 Former political consultant, current mixed martial arts blogger, editor of SB Nations’s Bloody Elbow, and host of the “Let It Roll” podcast Nate Wilcox joins the Plutopian crew for a verbal cage match about politics. He takes a break from blogging about mixed martial arts to take a few swings and kicks at politics and politicians. Jon and Scoop get in a few sucker punches, in a discussion that originally aired on our YouTube livestream.

Nate Wilcox: “The powers that be in the Pentagon were still of the mindset that, like, look, a peaceful transition of power is a core brand value of USA world police. This money train stops fast if there’s a gross, obvious coup in the United States. If you want to steal an election the way Bush did it in 2000, that’s on thing. When it’s all legal, and you’ve got Joe Lieberman, the other party’s VP nomination, helping you do it – that’s fine and dandy. But if you’re gonna do this crude, crass “let’s rile up a bunch of yokels, and send them storming into the Capitol building, and hang Mike Pence,” that is not gonna play. And so you had a few – from what we can tell, there were a few people in the Pentagon that were backing Trump wherever he wanted to go. But that most of the powers that be in the Pentagon, especially the ones like Milley who had been out there in Lafayette Square and felt very burned by Trump, were not having it.”